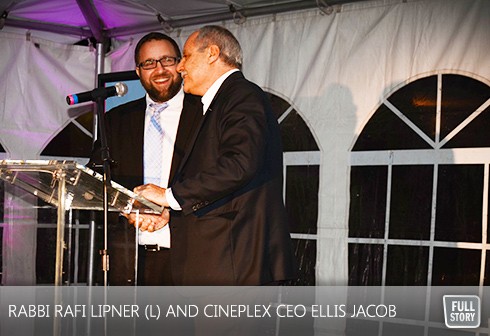 Two of Toronto’s top CEO’s, Ellis Jacob of Cineplex and Edward Sonshine from RioCan - both strong UJA Federation supporters - recently offered their insights to more than 200 young adults but the subject matter wasn’t the stock market, corporate tips or management techniques. It was much more personal.

The two men, among North America's most respected business leaders, spoke candidly about the Jewish values that inspired them to success. The event, called JEDx, was sponsored by The House, led by Rabbi Rafi Lipner, who also shared important portions of his life.

The House is supported, in part by UJA Federation.