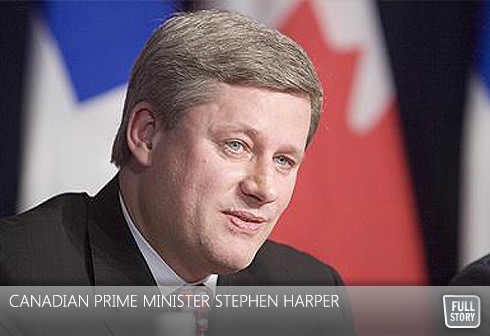 On Tuesday, September 20, Canadian Prime Minister Stephen Harper's government tabled extensive legislation which they say will make it safer for Canadians to walk the streets of this country.

The omnibus crime bill, known as the Safe Streets and Communities Act, is made up of nine justice bills.

Justice Minister Rob Nicholson said that with the new legislation children would be protected from sexual offenders, while those involved in organized drug crime and young offenders will be targeted.

The legislation will remove the option of house arrest for serious offenders involved in sexual assault, human-trafficking, arson, break and enter, child-luring and kidnapping.

The government has promised to pass the bill within the first 100 sitting days of the new parliament, which began on September 19th.

The Centre for Israel and Jewish Affairs, UJA Federation of Greater Toronto’s advocacy partner, welcomed the federal government's re-introduction of the former Justice for Victims of Terrorism Act within The Safe Streets and Communities Act.

“The Jewish community is highly supportive of the government’s re-introduction of these important measures to support victims of terrorism," stated David Koschitzky, Chair of the Centre for Israel and Jewish Affairs. "As a community at risk, we believe that Canadian victims of terrorism should have the ability to seek direct redress from those who commit and support acts of terrorism, including foreign states. We are appreciative of the government for this initiative. We are also grateful for the dedication of a grassroots coalition of Canadians led by family members of terror victims, who today can take great pride in the results of their hard work.”