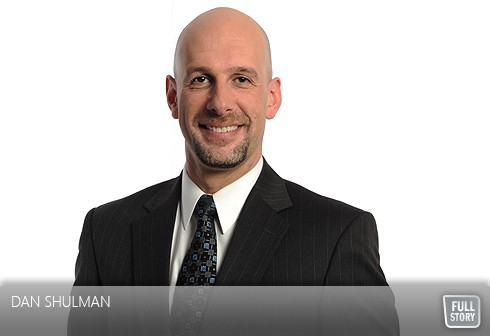 By Daniel Horowitz--On July 27, 2012, during the Opening Ceremonies of the 2012 Olympic Games held in London, England, CTV broadcasters Brian Williams and Lisa LaFlamme took a passionate stand in support of a moment of silence for the eleven members of the Israeli national team who were murdered in Munich in 1972.

"And as Israel prepares, my position is well known and it is one that I have taken in previous Olympics," said Williams as the Israeli team was being introduced that day. "It is wrong that the IOC (International Olympic committee) refuses to have a minute’s silence for the Israeli athletes that were slaughtered in Munich. It is a much bigger issue this year, as it’s the 40th anniversary of Munich… Dr. Rogge (President of the IOC) says the ceremony is not the place to remember a tragic event, but – it’s tragic – however it’s one of the most significant and world-changing events in Olympic history. It absolutely should have been done here. The IOC worries about politics? This event is political by its very nature."

"The widow of one of the victims spoke out saying 'they came with dreams, they went home in coffins.' They want to be remembered here tonight," added Lisa LaFlamme:

"And remember – they died as Olympians," said Williams, concluding his thoughts on the matter.

On Sunday, December 9th, 2012, members of Jewish Toronto have the opportunity to thank Williams, in person, at United Jewish Appeal’s presents a unique round table discussion comprised of Williams, as well as the Toronto-born voice of ESPN and Elliotte Friedman of CBC’s Hockey Night in Canada.

Moderated by Shulman, the panel discussion will cover the experts’ opinions on about the latest in sports. There will also be a special award presentation made to Williams for his courageous and public stand against the IOC.

"Having grown up in an observant family, having had my bar mitzvah in a Conservative shul, and having gone to Bialik for nine years, obviously anything to do with Judaism or Israel is of great importance to me, and I am more than happy to do anything I can to help out," said Shulman. "And when you combine a sports theme with a Jewish cause like this event, this is as up my alley as anything could be, so I’m thrilled to be part of this."

Those in attendance will have the chance to ask the questions that matter most to them during an interactive Q & A session, take part in a sports trivia contest, and even win a pair of tickets to see the Toronto Raptors play the New Orleans Hornets.

Whether it’s the Argos winning the Grey Cup, the Blue Jays massive off-season trade or the London Olympics, don’t miss this chance to talk sports with the pros.

Tickets are $25 and includes a dessert reception.

RSVP online at http://ujaevents.com/registration/ujasportsnetwork, or by calling 416.635.2883 Ext. 5229 or jgonik@ujafed.org