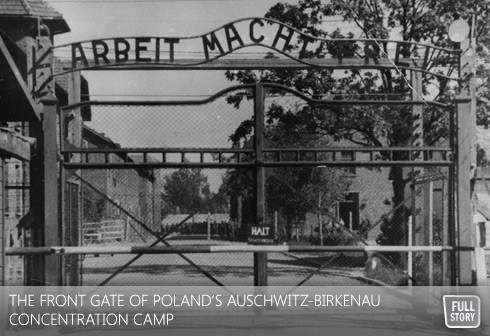 By UJA Federation Staff--On May 14th, 2012, the Government of Canada announced a contribution of $400,000 to the Auschwitz-Birkenau Foundation. The Foundation was established to repair and maintain the deteriorating concentration camp in Poland, which attracts more than 1.5 million visitors each year – a costly project which is essential to preserve the site where more than a million Jews were murdered during the Holocaust.

“We applaud Canada’s support for this effort, which will enable future generations to witness first-hand the horrors and lessons of the Holocaust,” said David Koschitzky, Chair of the Centre for Israel and Jewish Affairs, the advocacy arm of UJA Federation of Greater Toronto and other Canadian federations.

“The Government’s contribution will ensure that this painful but important testament will speak for those whose voices were silenced.”

Hank Rosenbaum, co-President of the Canadian Jewish Holocaust Survivors and Descendants organization – the official voice of the Survivor community affiliated with the Centre for Israel and Jewish Affairs – commented:

“Auschwitz-Birkenau serves as a stark reminder of the depths of evil the Jewish people, and indeed the entire world, faced in recent history.Today’s commitment is a tribute to the survivors who overcame these horrors, rebuilding their shattered lives and contributing so much to Canadian society in the years that followed.”