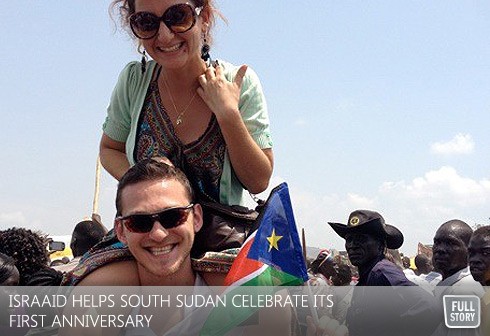 By Staff--Hundreds of thousands of South Sudanese congregated in the Garang Memorial Stadium on the morning of July 9th, to celebrate the nation’s first year of independence.  Despite the well deserved celebrations, the challenges facing South Sudan remain substantial. While ongoing tensions with the Sudan in the Northern provinces of the new state and internal violence threaten its stability, the country still needs to address an array of pressing economic and social concerns that make it one of the most underdeveloped countries in the world.

Violence against women is widespread and has been exacerbated by the war and a culture that undermine women’s rights. Rape is widespread and accepted far too easily while the war left many children without family, a proper education, or health care. Prostitution appears to be the only viable choice for vulnerable children and women to escape poverty; and the delivery of basic but vital services remains extremely poor.

In the aftermath of South Sudan's independence celebrated exactly one year ago from July 9th, IsraAID, in partnership with FIRST, and UJA federation of Greater Toronto, deployed a relief team to distribute vital relief items to assist South Sudanese communities in the outskirts of Juba, an area from where many were fleeing the ongoing tensions and violence in the Northern provinces.

"IsraAID recognizes the dramatic opportunity for the organization - as well as for Israel as a whole - to contribute to nation-building and development in South Sudan through the transfer of Israeli expertise" says Shachar Zahavi, the Founder of IsraAID. "Israel benefits from unique 'know-how' and technologies in a wide range of areas, and is therefore capable of organizing rich and impact-oriented training programs in response to the local needs, while respecting and promoting local ownership."

IsraAID will be expanding it programs to continue helping build the new nation.