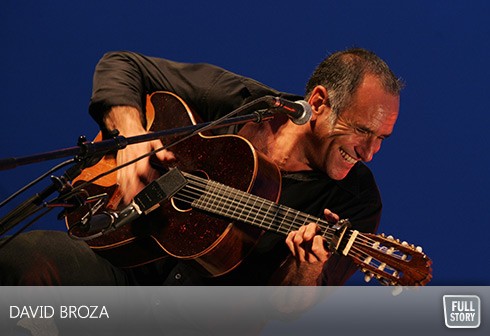 By David Shear--On Wednesday, January 30th, 2013, one of the world’s most dynamic singer-songwriter instrumentalists, multiplatinum Israeli icon David Broza will be wowing a Toronto audience at a downtown location as United Jewish Appeal of Greater Toronto celebrates the success of its Annual Campaign 2013.

Broza, a native of Haifa, has won the hearts of audiences with magnetic performances and soulful lyrics.  His virtuosic guitar playing fuses Israeli, Spanish, and English musical influences; his flamenco rhythms blend with intricate rock-and-roll finger picking.  His enduring career has been defined by over twenty-five successful albums and numerous awards.

Night Dawn sets Van Zandt’s poetry to original music by Broza, while Third Language was produced completely on the Internet - an unprecedented creative innovation in the music industry.

A powerful musician, passionate peace advocate, and music industry innovator, Broza is sure to have participants up on their feet.

Tickets are $35 and includes a dessert reception (Kashruth observed)