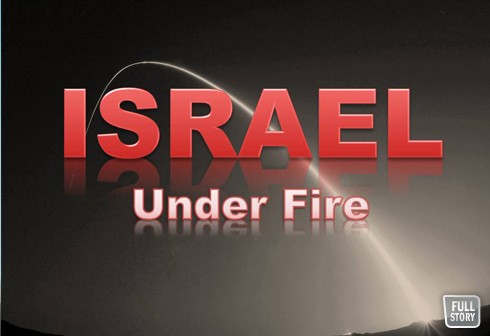 More than 50 Rockets Fired from Gaza since Tuesday

By Jerry Silverman--Rockets reportedly hit Southern Israel on Friday, June 15, for the first time after a lull. Since Tuesday afternoon, more than 50 rockets have been fired into Israel, at the time of writing. Most rockets fired have landed in open areas. Hamas has claimed responsibility for the attacks.

A civilian workman, engaged in constructing the security border fence between Israel's border and Sinai, was killed on Monday. The victim, Saif Phashphashe, an Israeli-Arab father of four, lived in Haifa. The IDF has since killed the terrorists responsible for the attack. IDF reports suggest the terrorists' intentions are to either to kidnap an Israeli or murder as many as possible Israelis in a nearby community.

Nine border police were injured, one seriously, after a Grad rocket landed by their vehicle near Kibbutz Yad Mordechai on Tuesday. Many residents are severely traumatized by these attacks, which prompt fears to resurface from the last onslaught. Citizens and soldiers are being treated for shock.

The IDF has issued instructions to residents of the Eshkol and Hof Ashkelon regions to stay close to a shelter. Apart from the unfortified Maagalim elementary school in the Sdot Negev Council district, schools remain open. Children in middle and high school are now on vacation anyway.   The Jewish Federations of North America’s (JFNA) Israel office will continue to monitor the situation and update you as needed.

Jerry Silverman is President and Chief Executive Officer of The Jewish Federations of North America.