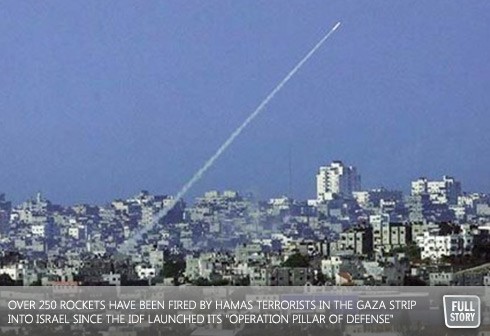 By Daniel Horowitz--With over 250 rockets having been fired by Hamas terrorists in the Gaza Strip into Israel since the IDF launched its "Operation Pillar of Defense" on Wednesday, November 14th - including one that landed just 15 kilometres south of Tel Aviv - United Jewish Appeal of Greater Toronto has established its Israel Emergency Relief Fund to help the innocent people of Israel.

Donations made to the fund will go towards immediate respite, emergency housing, and trauma counseling needs of the Israeli citizens who are living under this relentless attack on civilians, as well as to relocate children - and the elderly – to safer parts of the country.

United Jewish Appeal of Greater Toronto is closely monitoring the situation and the needs of the Israeli citizens and should it be necessary we will raise our support to the highest levels possible based on the potential of increased military action over the next 72 hours.

A Community Rally is scheduled for Monday, November 19th at Beth Emeth Synagogue (100 Elder Street) beginning at 7:30 pm at which time UJA will make the call for the next phase of this Campaign should it be necessary.