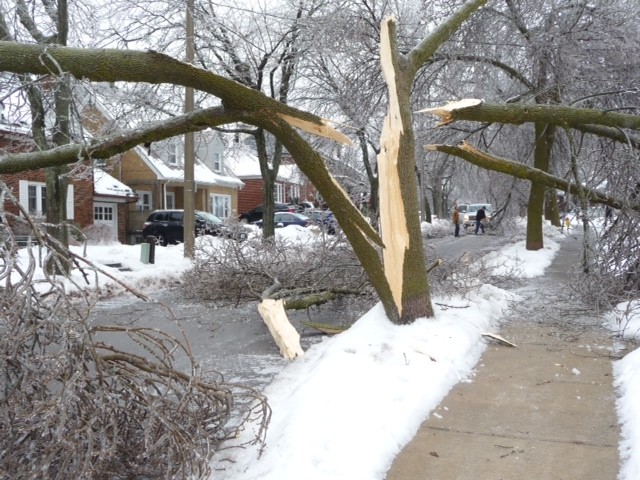 In response to the ice storm that struck the GTA in December 2013, a warming station was opened December 22 at the Joseph and Wolf Lebovic Jewish Community Campus in Vaughan. Overnight shelter for those in need was provided, as well as light snacks, beverages, hot coffee and water.

From December 22 to 24, a total of about 10 guests were there each day, including a young family of five and a senior woman.

The overnight shelter stopped receiving guest by about 8 p.m. December 24, when the service was deemed no longer necessary.

Volunteers also helped deliver water and snacks to seniors trapped in their apartments along the Bathurst Street corridor from Finch to Steeles avenues – to people who had no power, no heat and no water, as the apartment pumps were down.

UJA Federation of Greater Toronto received a call on Monday night from Circle of Care about these seniors. By the next morning, the agency had determined which buildings needed help most, and it sent out the call for volunteers. By the afternoon, the necessary supplies were in the Lipa Green Building lobby. More than 150 volunteers lined up to collect the supplies and learn which buildings they were to cover. Most had to walk up the stairs (up to 16 floors), and they delivered the packages to 225 seniors in nine buildings

“Within hours of the storm taking hold, and despite the fact our central offices were shut down due to the power failure, UJA Federation’s senior professional team convened regularly by conference call to assess the situation and provide leadership and support in whatever way we could,” said Ted Sokolsky, past President and CEO of the UJA Federation.

“Fortunately, our offsite computer and phone backup systems met their biggest challenge ever, working as planned for such emergencies, and we were able to remain in contact with each other, our partner agencies and the community. And wow did the community respond!”