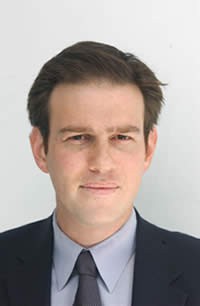 Despite his relative youth, Bret Stephens, the 30-year-old editor-in-chief of the Jerusalem Post is far from being overwhelmed or intimidated by the challenges that face him in his third year at the helm.

"There are plenty of challenges, although I don't think my age seriously handicaps my efforts to address them, not after two eventful years on the job," says Stephens, who is the youngest editor-in-chief in the 70-year history of the Jerusalem Post.

"Financially, the paper has been hard-hit by three years of recession, which have cut into our ad revenues and our printing business. Matters haven't been helped by the steep decline in tourism. Editorially, the challenge is to meet reader demand for speed, accuracy and depth. The Jerusalem Post is a daily paper, but 85 per cent of our audience is online, so our real deadlines are not daily, but hourly. If there's a terror attack, we want to get the news out fast, but not so fast that we make mistakes."

"As for politics, there's a high degree of sensitivity among our readers about our editorial line, our use of terminology, the choice of stories, even the choice of pictures. For instance, do we call the territories Judea and Samaria or the West Bank? Should we characterize an attack as a terrorist or a guerilla action? There's a lot of subjectivity here, plenty of judgment calls and readers aren't always forgiving."

The son of a Mexican-born father and an Italian-born mother, Stephens was raised in Mexico City and educated at the University of Chicago and the London School of Economics. Prior to joining the Post, he was an editorial writer and editor for The Wall Street Journal in Brussels and New York. He is also published regularly in Commentary, First Things, and The London Times. His articles, translated into dozens of languages, have appeared in many other international publications.

As for the much-talked about PR battle between the Israel and Palestinian sides, Stephens feels that it's important for Israel to avoid getting into a "victimhood competition," to gain more sympathy from the worldwide press. He was referring to Israel's video release of scenes of the recent Jerusalem bus bombing that killed 11 people including former Torontonian Chezi Goldberg.

"As for releasing graphic footage of terror attacks, I think the efforts misplaced," he says. "Israel doesn't need better images or spokesmen. Israel needs rhetorical strategies to confront key Palestinian arguments about what this conflict is all about. The PR battle has several fronts. In Europe, Israel has lost it; in the United States, it has won it. In both cases, the outcomes have at least as much to do with existing popular prejudices as they do with the effectiveness of this or that PR battle."

Although Stephens does not see himself as a PR agent for Israel, he believes that Israel's story does not receive a fair hearing in other media.

"One of the reasons I left The Wall Street Journal for the Post was because I felt the Western media was getting the story wrong," says Stephens. "I do not think Israel is the aggressor here. Insofar as getting the story right helps Israel, I guess you could say I¹m trying to help Israel."

When asked about the impact of Conrad Black's dismissal from Hollinger Corporation, which owns the Post, Stephens was brief and to the point.

Stephens did little to hide his feelings about the current legal problems facing Israeli Prime Minister Ariel Sharon and his son, Gilad, involving allegations of financial contributions in exchange for political favours toward a large business development.

"It will be Israel's loss if the case against Sharon is proved," he says. "Sharon succeeded in uniting the country behind him in a way that no previous PM has since the days of Eshkol or even Ben Gurion. This was no mean achievement in a country so divided that it cashiered Sharon's three immediate predecessors early and saw another one cruelly assassinated. National unity is not just a political achievement; it is a moral and strategic one, against an enemy that sought, often successfully, to turn Israel against itself. I don't see any leaders on the horizon who could provide the same kind of leadership, Labor or Likud."