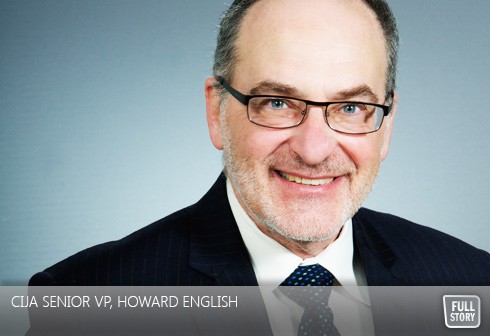 Organizations call on City Council to reaffirm its condemnation of term

By David Shear--UJA Federation of Greater Toronto and its advocacy arm, The Centre for Israel and Jewish Affairs (CIJA), are calling on Toronto City Council to reaffirm its condemnation of the term “Israeli apartheid.” Council condemnation occurred in a motion passed last year.

The call for reaffirmation came in a deputation to the city’s executive committee which was considering proposed changes to Toronto’s anti-discrimination policy and the criteria by which the city determines the organizations and events to which it provides grants. Proposed alterations to municipal anti-discrimination and grants policy are related to the appearance of a group called Queers Against Israeli Apartheid (QuAIA) in the annual Gay Pride Parade, which takes place this year on June 30.

“The comparison of contemporary Israel to the state sanctioned system of racial separation and degradation in apartheid South Africa is an historical lie of massive proportions, designed only to set the foundation for Israel’s demise,” said CIJA Senior Vice President Howard English, in his deputation, after several speakers repeatedly alleged that Israel practices apartheid.

“I have been to Israel more times than any of the previous speakers and I have never seen any Arab citizens of Israel banned from visiting malls, beaches, parks or other public locations. Banning black people from these venues was the hallmark of South African apartheid. Nor have I seen any prohibition against Arabs and Jews, Palestinians and Israelis mingling or engaged in any social involvement. Preventing any interaction between blacks and whites was another disgraceful feature of apartheid in South Africa. The concept of Israeli apartheid is a fantasized inaccuracy,” added English.

The reports recommending policy changes noted that the words “Israeli apartheid” are hurtful to many people. UJA and CIJA expressed its appreciation for that recognition but English said that “the appearance of Queers Against Israeli Apartheid in the Pride parade discredits an event for which Toronto is globally recognized.”

CIJA and UJA offered to work with the city on the finalization of its new policies.

The entire issue of the Pride Parade and QuAIA’s participation was deferred by the city executive until the end of May.