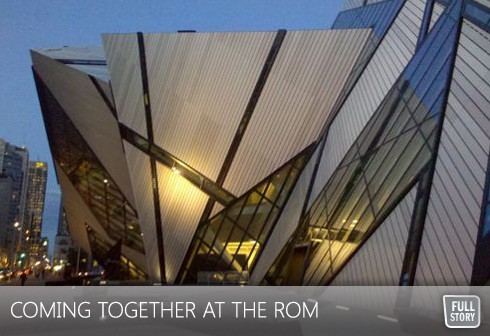 United Jewish Appeal Presents the Party of the Year

By Daniel Horowitz--Ben Stiller’s “Night at the Museum” has nothing on TOgether!

When darkness falls on January 21st, United Jewish Appeal’s inaugural TOgether party will see the spectacular halls of Toronto’s Royal Ontario Museum come to life, but not with prehistoric figures and wild animals,  but with an unforgettable evening of music, dancing and networking for over 800 of Jewish Toronto’s future leaders.

Chaired by Emily Burnett and Jay Klein, TOgether is modeled after similar events in New York and Chicago, and with it being held in one of Toronto’s most elegant and sought after venues, it should be an evening like no other. The goal of TOgether 2012 is to imbue a spirit of giving within young Jewish Torontonians, inspiring them to give to the causes they care most about.

The event is open to those who make a minimum of $100 gift to the UJA annual campaign, and may purchase up to two tickets at $100 each. Guest will enjoy an open bar, gourmet food, and unparalleled entertainment.

“The original plan for TOgether was to create a marquee event for the future Jewish leaders of Toronto,” explains Klein. “New York and Chicago have held similar events over the past several years and they attracted well over 1,000 attendees and sold-out very fast. TOgether should be attended by over 800 of Toronto’s Jewish ‘twenty- something's to forty- somethings’, for a spectacular night of entertainment. Emily and I have worked on events together before, and I was so happy she agreed to chair with me. She really knows how to throw a great party and create awareness for a great organization like United Jewish Appeal.”

“Jay and I have been working very hard over the past several months to ensure that UJA’s inaugural TOgether event is one that every attendee remembers for a lifetime,” said Burnett. “A night like January 21st doesn’t come around that often, where young professional Jewish men and women have the opportunity to mix and mingle, enjoy a party like no other, while still benefiting Jews in Toronto and in Israel who are less fortunate, through UJA and their partner agencies.  Our event will foster a new generation of UJA donors, something we are very excited about.  I know our hard work will culminate in an amazing evening, and I am proud to have had the chance to help with this very worthwhile event.”

For more information and to purchase tickets, visit JewishToronto.com/TOgether