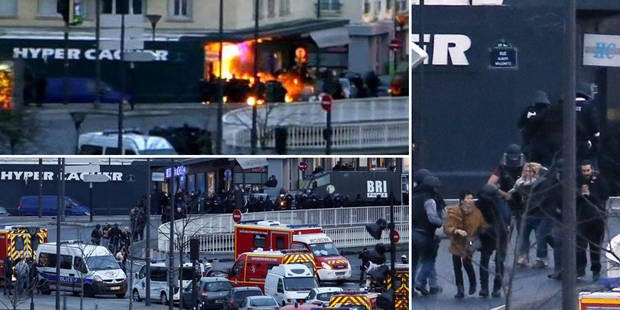 In the wake of the tragic events that took place in Paris this week that saw 12 innocent people murdered in the office of Charlie Hebdo magazine on Wednesday, culminating with the death of at least four individuals at a Jewish kosher supermarket today, UJA Federation of Greater Toronto extends its condolences to the friends and families of the victims, and wishes a refuah shlema to those injured in the attacks.

UJA Federation strongly condemns the attacks, and expresses its support for the people of France during this difficult and tragic period.

“As an organization with a long and unbreakable bond with the people of Israel, we know all too well the pain and emotional trauma that results from such senseless and cowardly terror attacks,” said UJA Federation President & CEO, Morris Zbar. “The Jewish State, as well as Jewish people around the world, including France as we witnessed today, have unfortunately, endured similar attacks. As Jewish Canadians, we stand together with our brothers and sisters of France, and extend to all the victims of this week’s tragic events, our deepest condolences, hopes and prayers.”

As we pray for a peaceful Shabbat within France’s Jewish community, UJA Federation leadership will continue to confer with government agencies and officials on matters of Jewish communal safety, and update Jewish community leaders as necessary.