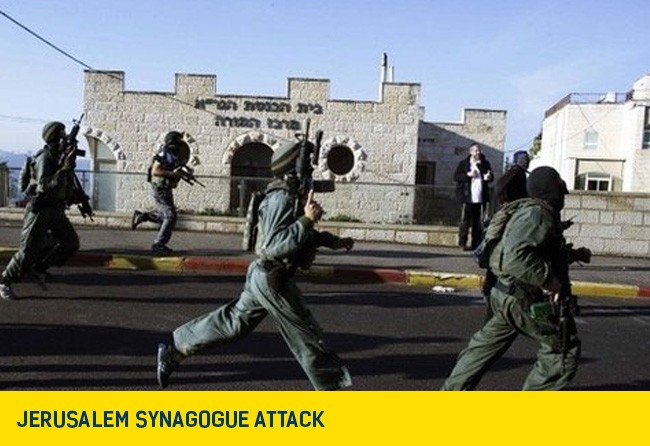 On behalf of UJA Federation of Greater Toronto, I want to extend my sincere condolences to the families and friends of those murdered in today’s senseless and brutal terror attack that saw four innocent Israeli civilians - Rabbi Aryeh Kopinsky, 43; Rabbi Avraham Shmuel Goldberg, 58; Rabbi Calman Levine; and Rabbi Moshe Twersky, 59 - murdered while peacefully worshipping in a Jerusalem synagogue.

May their memories be for a blessing.

I also want to wish the six individuals injured in the attack a refuah shlema, a speedy and full recovery.

As we’ve witnessed in recent weeks, a recent resurgence in Palestinian terror attacks has plagued the people of Jerusalem, and today’s reprehensible attack, the worst of its kind in recent times, is unacceptable and must be condemned by all those who value freedom and democracy, two principles shared by Canada and Israel. And, as Canadian Jews, it is our responsibility to remind others that Israel, despite these ongoing, violent provocations, remains committed to peace with the Palestinians but, like all democratic nations, has above all else, a responsibility to protect its citizens.

While there is understandably a palpable sense of loss and mourning throughout the State of Israel today, one thing is also evident; that is the unrelenting resiliency and strength of all Israelis who, despite this tragic act of cowardice, will remain strong and vigilant in protecting the Jewish State for themselves and for the Jews of the Diaspora.