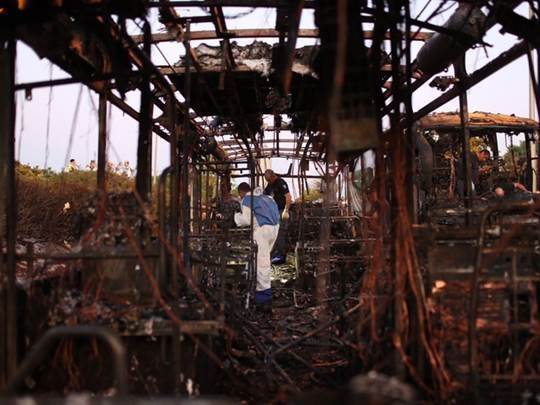 In the wake of Monday's tragic bus bombing in Jerusalem that wounded 21, UJA Federation of Greater Toronto, through its overseas partner, the Jewish Agency for Israel (JAFI), has begun providing emergency assistance to the victims, as well as long-term therapy to children.

In fact, this week alone, as we prepare for Passover, 150 Israeli young victims of terror are participating in JAFI respite camps, providing them with security, and peace of mind. Emergency assistance grants from JAFI's Fund for Victims of Terror has also been hand-delivered to many of the bombing victims currently recuperating in Jerusalem hospitals.

We all know that terror doesn’t distinguish between young and old, rich and poor, strong or weak. This time it seems that it struck a true tapestry of Israeli society including people whose lives are linked to us and our partners in the Jewish communities of the world – olim (immigrants), including:

·  The 34 year old man who made Aliyah in 2001 from the FSU, works as a security guard at the Ein Karem hospital where he is now hospitalized with burns and broken bones

·  The 13 year old boy whose family made Aliyah from Ethiopia a year before he was born. His mother functioning as single parent to 7 children, he living in a youth hostel and now hospitalized with burns to his arm and leg. A JAFI staffer who visited with him is the very same shlicha that brought them to Israel. The mother remembered her and couldn’t believe she is seeing her again.

·  The 28 year old woman who made Aliyah from Chile 6 years ago, is now lying unconscious in the ICU with her sister at her bedside. Her sister is a lone immigrant soldier who recently completed the Jewish Agency’s Ulpan Kibbutz program. The JAFI staff person who visited with them is the shaliach who brought both sisters on Aliyah and knows the family well. The parents are making their way to Israel with the help of the Chilean Jewish community.

The Jewish Agency, with the continued generous support of UJA Federation of Greater Toronto and other Jewish Federations,  continues to be the Jewish world’s first responder, prepared to address emergencies in Israel, and to rescue Jews from countries where they are at risk.