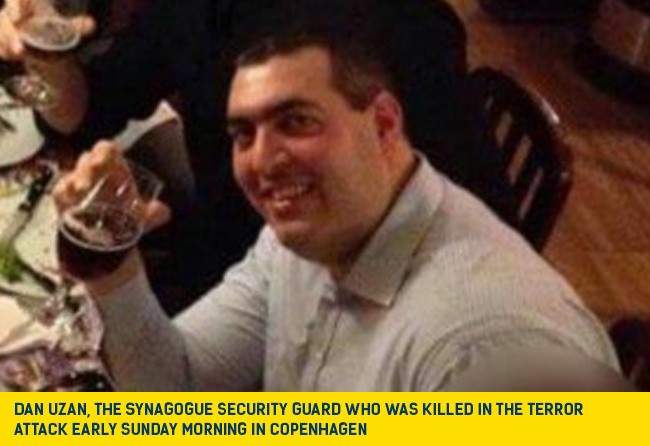 In the wake of Sunday's terror attacks that took the lives of two innocents in Copenhagen, Denmark, UJA Federation of Greater Toronto sends it deepest condolences to the families of the victims, and wishes a refuah shlema to those injured in the two separate attacks.

One of those killed was Dan Uzan, a 37-year-old Jewish man who volunteered this Sunday to protect Copenhagen's Krystalgrade Synagogue so that a young Jewish girl could celebrate her bat mitzvah - a joyous rite of passage - with her friends and family.

As Jews and Canadians, we stand together with the Jews of Denmark, in condemnation of these heinous, senseless and cowardly acts.