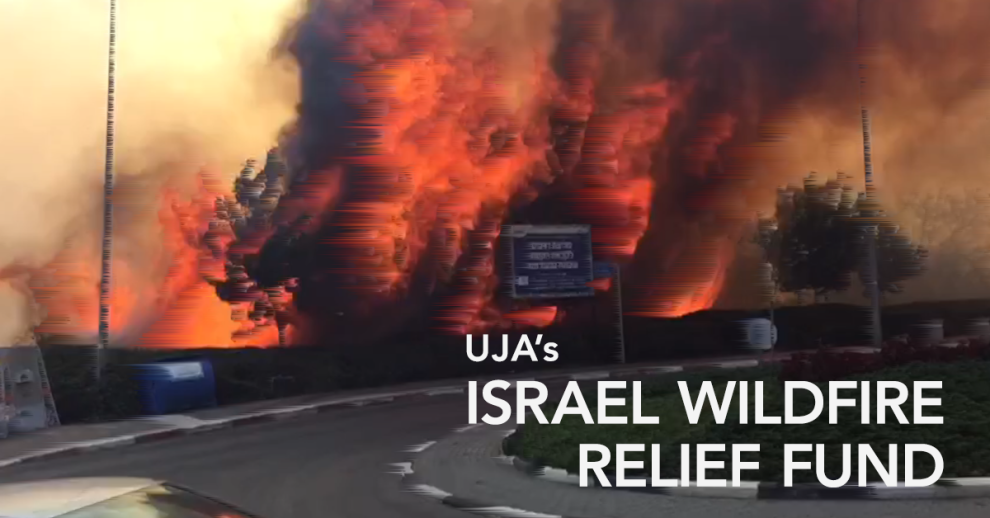 More than 80,000 Israelis have been evacuated from the Haifa area alone, as wildfires have broken out across the country in the past two days. As some blazes come under control, new areas are threatened by flames. The fires raging also threaten to engulf other vulnerable areas in the northern part of the country and the Jerusalem area, fueled by unusually dry conditions and an easterly wind. Reports indicate some of the fires have been caused by terrorist arson. For more information on the blazes please see The Times of Israel and The Jerusalem Post.

To help those affected by the blazes, United Jewish Appeal has opened a relief fund. In good times and in bad, UJA together with our community stand in solidarity with the people of Israel, and this is no exception.   Funds raised will be used for immediate relief for displaced families, as well as other needs arising from dislocation and trauma. UJA Federation’s team on the ground in Israel will continually assess the most effective way to help people impacted by the fires, through the funds raised.   To donate to United Jewish Appeal’s Israel Wildfire Relief Fund please visit www.ujadonations.com/wildfirerelief  or call 416-631-5705.