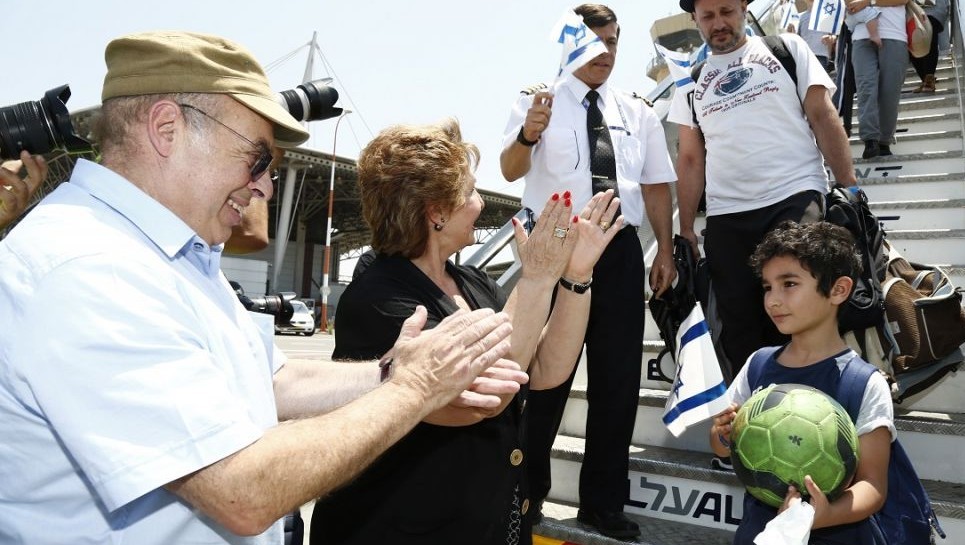 By Laura Kindler -- Just over one year ago on November 13, 2015, the deadliest terrorist attack in French history took place. At least 129 people died after a series of coordinated violent terrorist attacks around Paris. Gunmen and bombers attacked restaurants, the Bataclan theatre and the Stade de France national stadium. It came 10 months after the attack on Charlie Hebdo magazine, which left 12 dead and the siege at a Jewish supermarket which claimed four victims.

Until today, an additional 14 terror attacks followed, including the horrific Bastille Day attack in July on the beachfront boardwalk in Nice, in which a large truck plowed threw holiday crowds killing over 80 and wounding hundreds more.

As the French Jewish community continues to experience increasing anti-Semitism and random terror attacks, the number of Jews choosing to make aliyah and settle in Israel is climbing rapidly.

Since the establishment of the State of Israel in 1948, UJA Federation of Greater Toronto has helped to bring nearly 3,200,000 Jews to the country. UJA Federation, through the work of its overseas partner, the Jewish Agency for Israel (JAFI), continues to this day to help Jews make aliyah, and begin new lives in the Jewish state.

This summer, hundreds of immigrants landed at Ben Gurion Airport in Israel in order to settle in and enable their children to start the new school year on September 1. In the past two years over 2,400 new immigrants from France at the Ukraine have come to call Bat Yam – a partner community of UJA Federation - home.

The flights are organized by the Jewish Agency for Israel in collaboration with the Israeli Ministry of Absorption and Immigration and Keren Hayesod- UIA with the support of The UJA Federation of Greater Toronto and Jewish Federations of Canada-UIA.

“UJA Federation enables its partners on the ground; including JAFI, to respond to communities in crisis and facilitate successful aliyah and absorption in Israel,” says Adam Minsky, President & CEO, UJA Federation of Greater Toronto. “Our organization has a long and unbreakable bond with the Jewish people in Israel and around the globe, and we will continue to assist those looking to start new lives in Israel realize their dreams.”

Bat Yam, once known for its crime and drugs is now a hub for development in real estate, culture and education. The infrastructure and transportation system linking Bat Yam to Tel, Beer Sheva and Haifa are excellent.

Hedva Charisky, director of the Ulpan at the Bat Yam College has hundreds of students honing their Hebrew language skills practically upon arrival in Israel in order to make their absorption smoother and increase their opportunities for employment. The Ulpan is presently running 18 Hebrew classes with 40 students in a class. Nearly every month a new class is opened.

“The French immigrants are very warm and friendly,” says Ester Perron, Bat Yam’s Deputy Mayor.  “They have kept their Jewish traditions even when facing blatant anti –Semitism. They know in Israel they can feel free. But it is not easy. Many immigrants were small business owners and here they must start all over, but they feel that the move was essential to provide their children a brighter and safer future.”

Bat Yam’s improved reputation and affordable seaside residences in part of Greater Tel Aviv and the Dan District with employment opportunities make the city most attractive for the new immigrants. The transformation is evident when walking the new beachfront boardwalk and hearing French, English and Russian.

Bat Yam has been a UJA Federation Partnership for close to a decade focusing on advancing education achievements of vulnerable populations and absorption and integration of new immigrants with exemplary results.

With the support of UJA Federation, the new immigrants began making their plans to settle in Bat Yam prior their arrival, and then, with the help of the Partnership, began their new lives in Israel. They are helped to learn Hebrew, attain professional training or certification and employment and their children are given supplemental enrichment to ease their adjustment and integration into the community.