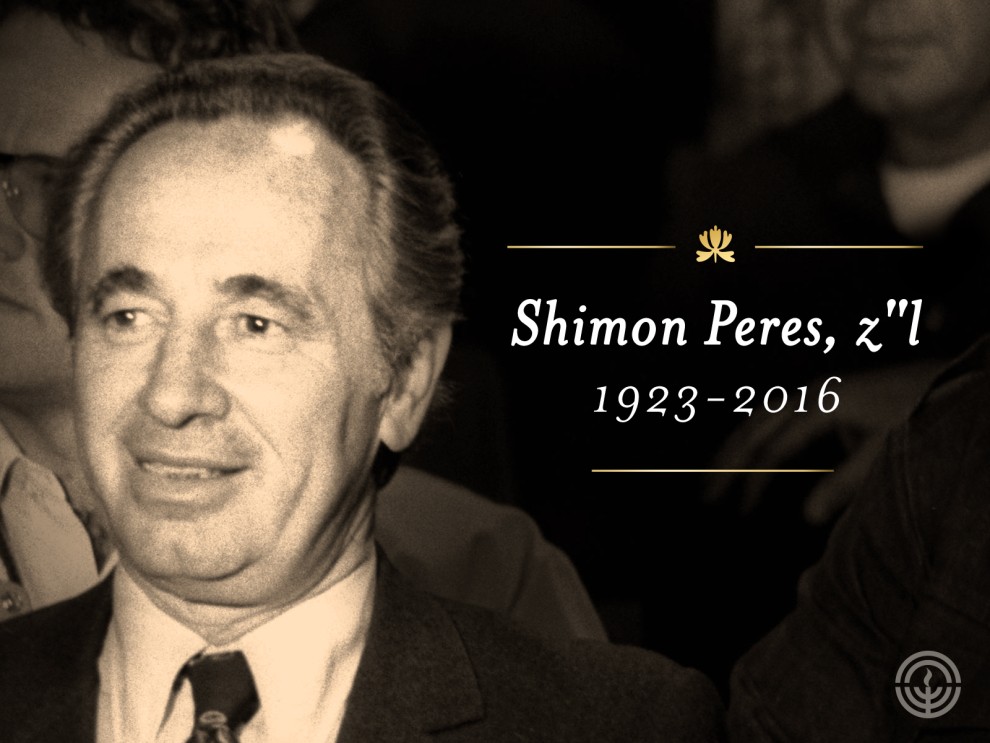 The following statement was made by Adam Minsky, President & CEO, UJA Federation, following the death of Shimon Peres on Tuesday evening at the age of 93:

Shimon Peres was a tireless and dedicated proponent of peace, with boundless optimism and an unwavering devotion to Israel and to the Jewish People. He was a firm believer that of all of Israel's assets, none were more vital than the minds of its own citizens. "We are too small to be average. If we don't have quantity we need to have quality," said President Peres during a visit to Toronto for a special UJA Federation event in 2014. President Peres strongly believed that the message of the Jewish people to mankind is that faith and moral vision can triumph over all adversity. He was a unique and important figure in Israel's history and he will be greatly missed by all who yearn for peace.

Sign the condolence book which will be sent to the Peres family.