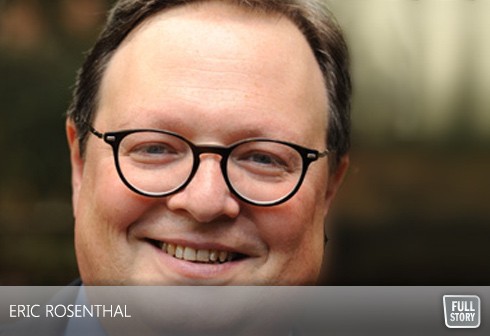 By Daniel Horowitz--A quote attributed to Mahatma Gandhi that states: “The true measure of any society can be found in how it treats its most vulnerable members,” is much more than mere words to Eric Rosenthal; it is the mantra to which he lives his life by.

Rosenthal is the Founder of Disability Rights International.

“Those words are the essence of the work I do, and fundamentally it is what international human rights law is all about; that there is a common standard that we all have to live up to. And, I believe that Toronto has a lot to be proud of when it comes to inclusion.”

And he should know.

Since establishing DRI as one of the first international human rights organizations for people with disabilities in 1993, Rosenthal – the recipient of the 2013 Charles Bronfman Prize for his global humanitarian impact - has investigated and exposed abuses in 26 countries – bringing world attention to the concerns of children and adults with disabilities segregated from society in orphanages, psychiatric facilities, and other institutions.

On Monday, May 26th, Rosenthal will deliver the keynote address at a community forum presented by UJA Federation of Greater Toronto’s Itanu Toronto taking place at the Shirley Auslander Hall on the Lebovic Jewish Community Campus in Vaughan. The purpose of the forum is to learn from local and international experiences of inclusive practice.

Itanu Toronto works to ensure that the Jewish community of Toronto is an inclusive one where people with special needs are fully able to participate in educational, spiritual, communal, social and recreational programs and activities.

Despite having a “number” of family members with mental disabilities including a grandmother who was diagnosed with manic depression and others who have been in and out of a number of psychiatric hospitals, Rosenthal didn’t get involved in this work to honour those relatives.

“The truth is, that while my family clearly affected my world outlook, it was when I was a lawyer looking to do international human rights work, that I was amazed to learn that in the international human rights area, the disabled population was entirely overlooked. So, I never did this work to honour the memory of my grandmother, but rather I did it because nobody else was doing it. The human rights community would speak out if a political dissident was put into a Soviet psychiatric hospital, but if that person actually had been diagnosed with a mental illness, there was a assumption that the government would simply lock them up. It never dawned on anyone that those people had rights.”

And Rosenthal makes it clear that the Jewish values under which he was raised, continues to influence his work.

“The Jewish principle from the Torah – Do not oppress the stranger, because you were strangers in the land of Egypt – is very powerful to me, says Rosenthal. “As a people, we care deeply about family and community; and as a people we have particular responsibility to help ensure that people with disabilities grow up with families; are part of communities; and are not marginalized, dehumanized and put away.”

To RSVP or for more information about the community forum, contact Miriam Daniels at mdaniels@ujafed.org or at 416.635.2882 EXT. 5116.