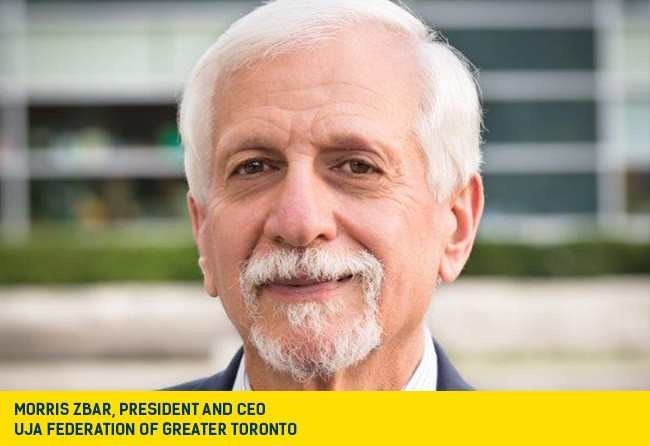 At sundown this evening, Yom Hashoah VeHagevurah, a Day of Remembrance of the Holocaust, comes to an end. The day is also to pay tribute to the heroism of those who endured unthinkable acts for no reason other than that they were Jewish.

Today, 70 years after the end of World War II we, as Jews, continue to face challenges. This has been an especially difficult year for global Jewry, a year that saw a frightening rise in anti-Semitic incidents around the world.

In Paris, we watched, in horror, as four innocents, shopping for Shabbos, were gunned down in a kosher supermarket. We then learned of a gunman opening fire outside a Copenhagen synagogue, killing an innocent Jewish security guard volunteering his time so that a young girl could celebrate her bat mitzvah.

Unfortunately, these incidents are but a small sampling of the anti-Jewish sentiment that has pervaded far too many parts of the globe today.

Despite our cries of “Never Again”, close to half of Israelis believe another Holocaust is possible, while Iran, a country that marches towards the construction of a nuclear bomb, continues to threaten the Jewish State’s very existence.

In light of the volatile and unsettled world we find ourselves in today, it’s perhaps never been more important to ensure that the lessons learned from the Holocaust are passed on to younger generations, Jewish and non-Jewish alike. Sadly, as each year passes, we lose more of our cherised Holocaust survivors, the only eyewitnesses to the horrors of the Shoah, and soon there will be no one left to pass on their stories.

I urge you all to join me on Sunday morning, April 19th at 11:00 a.m. at UJA Federation’s annual Yom Hashoah commemoration event at Thornhill’s Beth Avraham Yoseph of Toronto (BAYT) Synagogue. This powerful and vital event will include the personal, live testimonies of five Holocaust survivors, who will speak firsthand about his or her liberation, the aftermath, as well as a message for the future.

I hope to see you there.