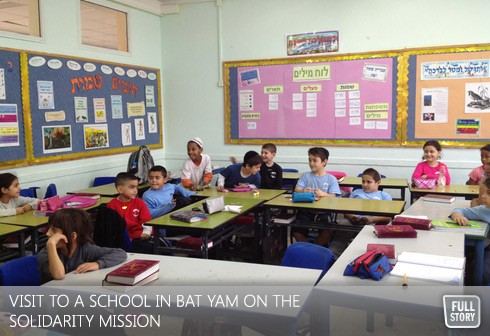 On Sunday, November 18th, UJA Federation of Greater Toronto, just 48 hours after it was planned, sent an airplane full of Jewish Torontonians wanting to show their support and solidarity with the people of southern Israel, on a special fly-in to the Jewish state. Fly-in participants will be part of a live broadcast which will be transmitted back to Toronto, and will be seen by the thousands of Torontonians participating at UJA Federation’s Rally for Israel, being held tonight at Beth Emeth Bais Yehuda Synagogue, starting at 7:30 pm.