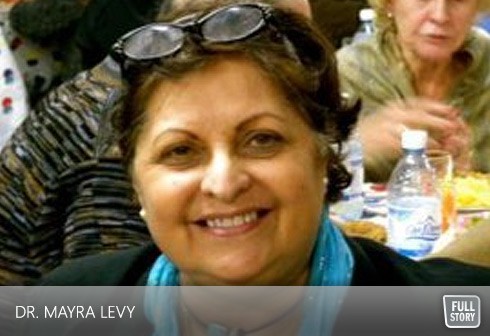 Funds Give Jews in Toronto, Cuba, FSU and Israel a Kosher Pesach

By Daniel Koren-- For decades, United Jewish Appeal of Greater Toronto has helped the Jewish community in Cuba celebrate Passover by sending a ‘Pesach Container’ filled with all the necessary ingredients, including gefilte fish, red wine, matzo meal, oil, salmon, and of course, matzah.

To support this initiative, and to raise money for Jewish communities in Cuba, the former Soviet Union, Israel, and right here in the GTA, UJA has once again organized its Global Seder To Fight Hunger Telethon, allowing Jews to celebrate the Passover Seder as they should: with friends, family and plenty of Kosher food and wine.

“Without UJA’s help, we would not be able to celebrate Pesach at all,” says Dr. Mayra Levy, President of the Sephardic Community in Cuba, who is in Toronto as a guest speaker for the Global Seder Telethon.

“With over 1,500 Jews in our community, each family is able to receive a portion of the Pesach Container so that we can all enjoy our Seder with respect and dignity.”

An active leader of the Cuban Jewish community, Dr. Levy accredits much of that community’s thriving relationship with Israel to UJA’s ongoing involvement in the area. “UJA has helped establish Judaism in Cuba in more ways than one. They send aid, they’re involved in missions to Cuba, and they invite our students to join March of the Living and Birthright Israel. People recognize their right to Aliyah because of UJA’s influence.”

In fact, Dr. Levy points out that the Jewish community in Cuba is very similar to ours here in Toronto. There are three synagogues in Havana who cater respectively to Orthodox, Ashkenazi, and Sephardic communities. There is a women’s organization, Holocaust Center, Hebrew school, Jewish agency, and a Senior Centre that provides Jewish seniors with food and shelter, but also love, and companionship.

Most importantly, Dr. Levy describes the impact UJA of Greater Toronto has had on promoting community, tzedakah, and preserving Jewish identity in Cuba.

“We feel a pride in being Jewish, we feel connected to the people of Israel and the world, and that connection is thanks to the Canadians and their friends who make sure that the Jewish community in Cuba is taken care of.”

On Sunday March 10, 2013, over 260 volunteers came out to the Lipa Green Centre for Jewish Community Services on Sherman Campus, for UJA’s annual Global Seder to Fight Hunger Telethon.

More than $37,000 was raised from 450 donors, and the funds will go towards helping Jews celebrate Passover with a Seder table filled with food.  To learn more about UJA’s Global Seder to Fight Hunger, or to make your donation, please visit www.globalseder.com.